Ingmar is the research director of the Social Computing Group at Qatar Computing Research Institute. His interdisciplinary research looks at what online user-generated data can tell us about the offline world and society at large. He works with sociologists, political scientists, demographers and medical professionals and several of his projects have been covered by international media. 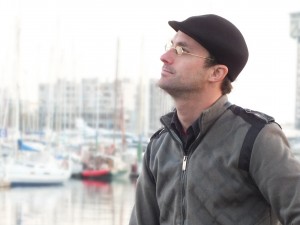 Traveling is one of his passions and he travels mostly for his work or to participate in running or triathlon events. He has finished three double (7.6km swim, 360km bike, 84.4km run) and one triple (11.4km swim, 540km bike, 126.6km run) ultra triathlon, as well as about a dozen of 100+km running races. Personal records include running 201km in 24 hours (finishing as 3rd male, 6th overall), running 69.2km in 6 hours (finishing 3rd overall), and finishing 14th in the 2010 International Ultra Triathlon Association World Cup (out of 123 athletes). On his trips he enjoys taking photos, including under water while snorkeling.